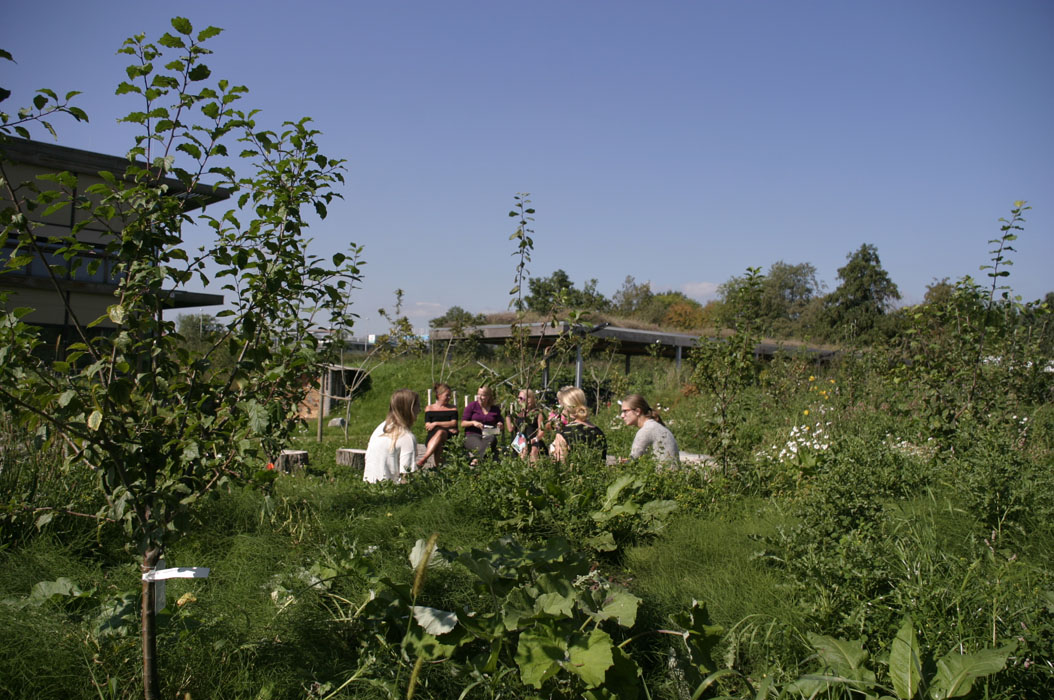 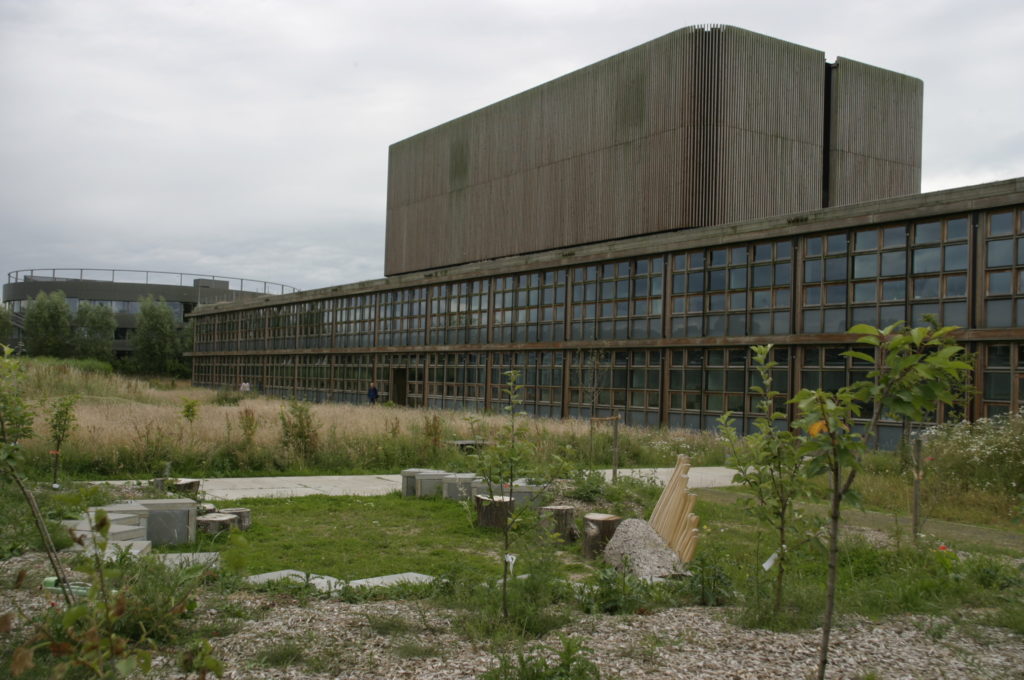 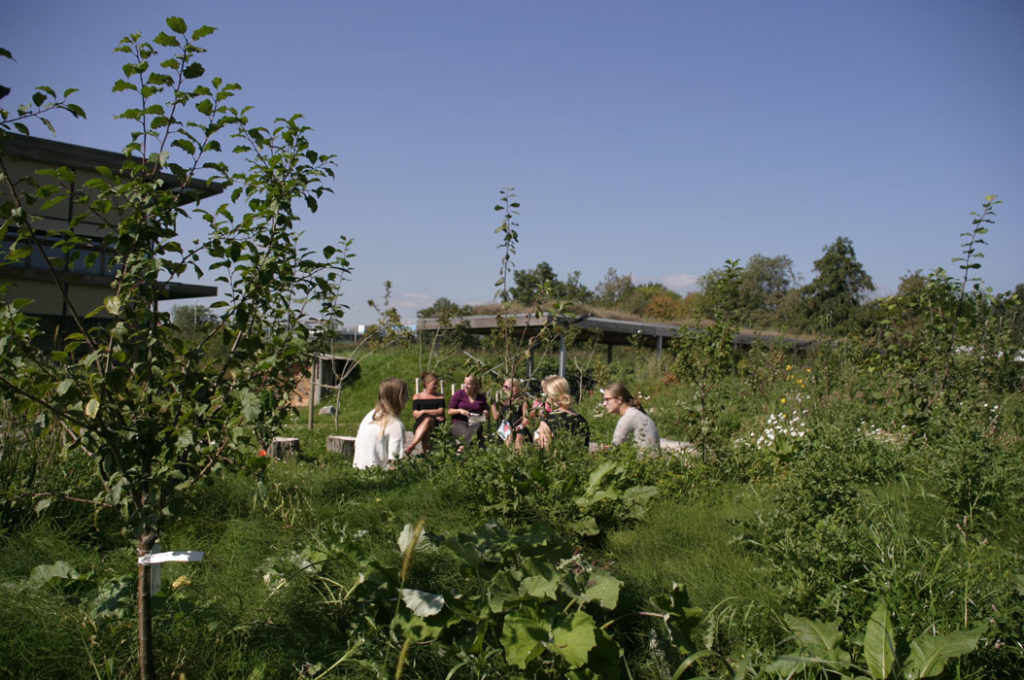 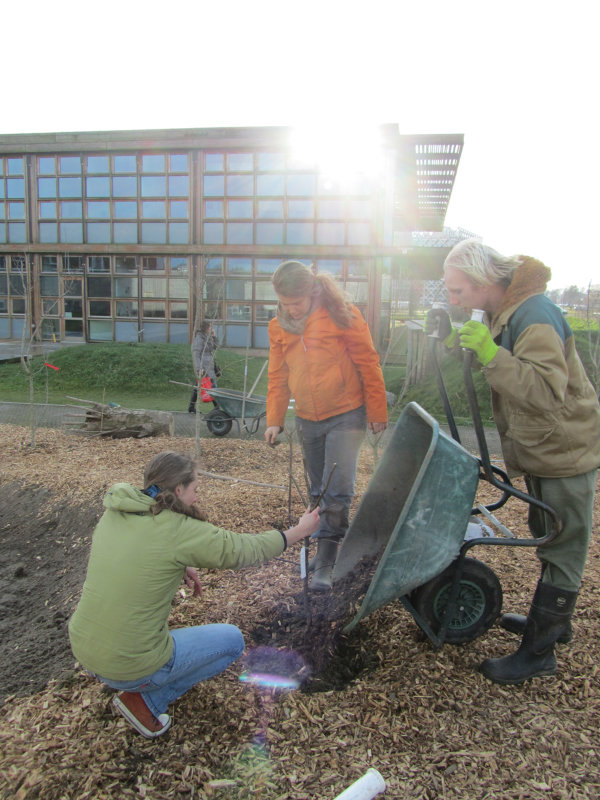 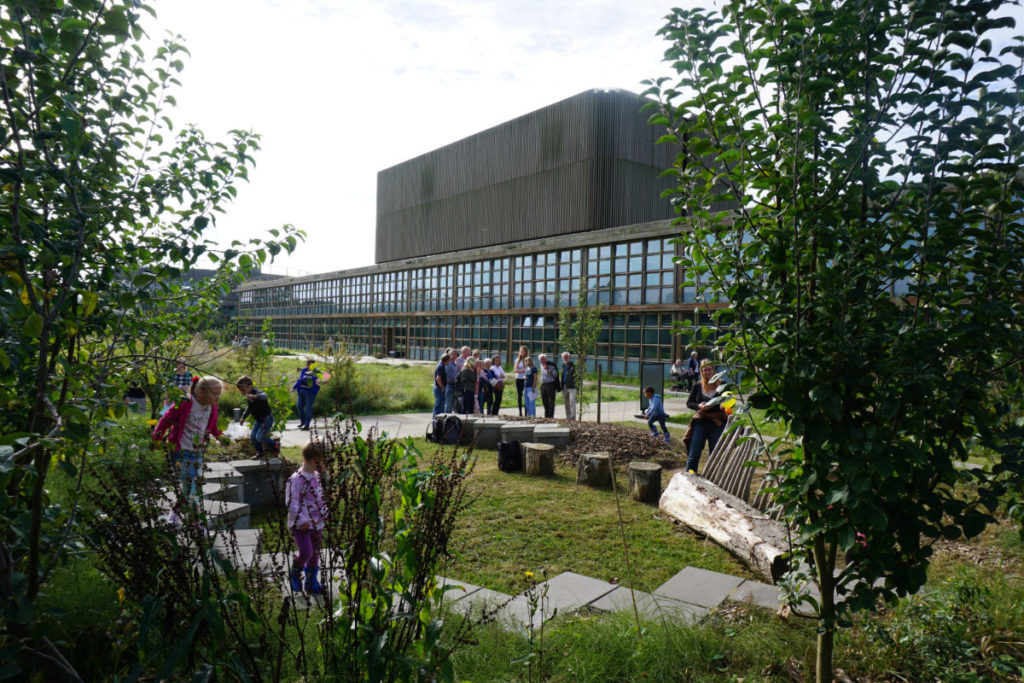 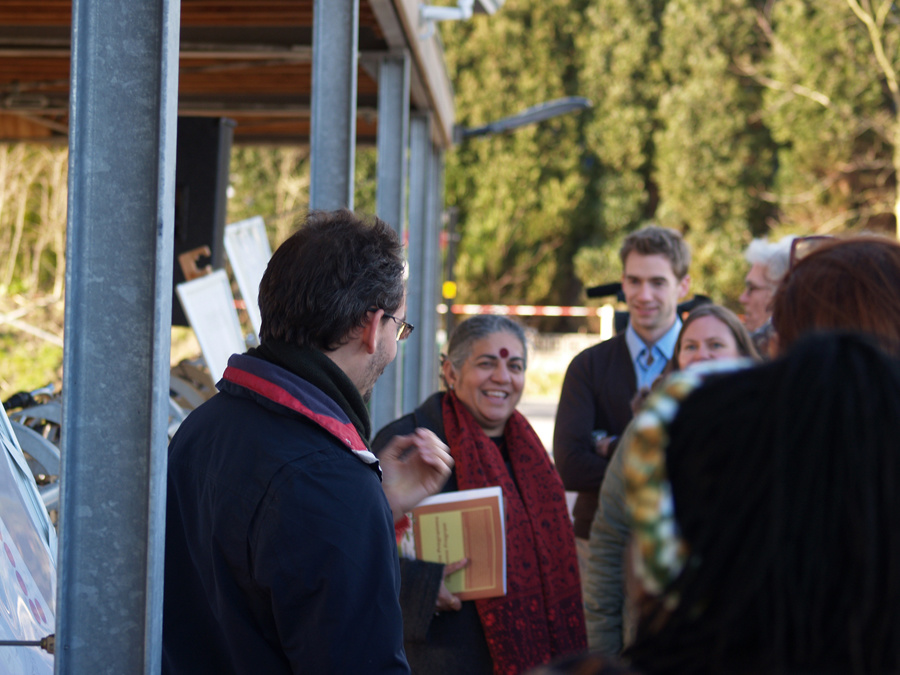 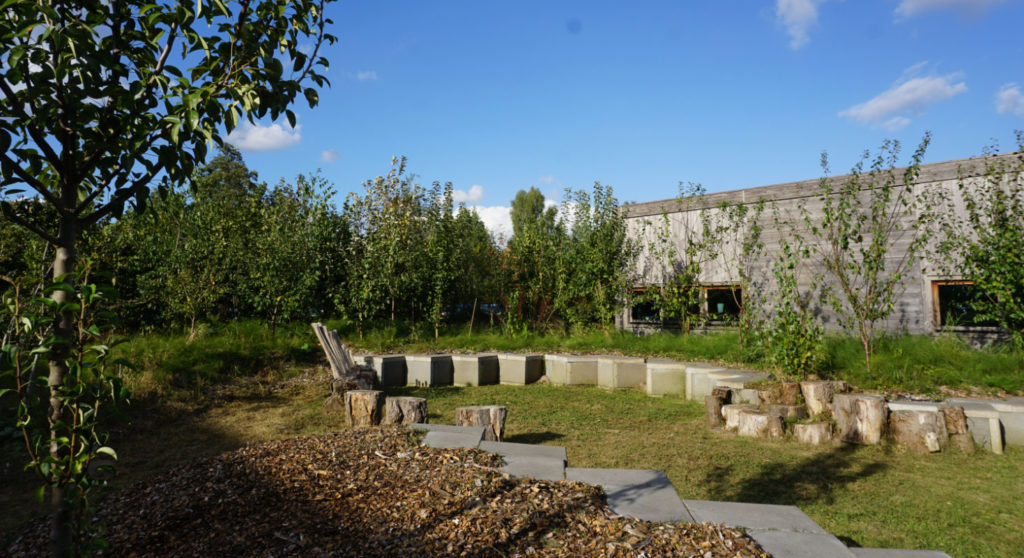 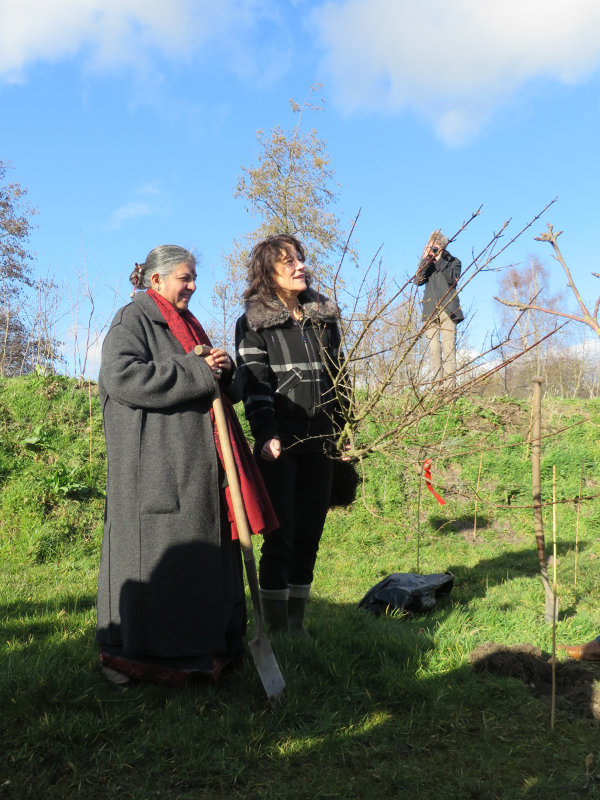 WAGENINGEN – The Netherlands Institute of Ecology is to have its own ‘food forest’. Researchers and students have begun planting a variety of fruits, vegetables and other edible plant species in the grounds around the NIOO building. No fertilizers are being used: the principles of a natural forest apply. In the future, fruits from the agroforest will be served in the NIOO canteen.

The first tree of the NIOO food forest was planted by director Louise Vet on 21 February, together with well-known Indian environmentalist Vandana Shiva and Wageningen UR-professor Pablo Tittonell. They were joined by a crowd of around seventy visitors from the Food Otherwise conference being held in Wageningen.

‘Practice what you preach’
Tittonell: “The NIOO is practising what it preaches. It’s doing more than just carrying out scientific research to demonstrate that there are viable alternatives to monoculture and agricultural chemicals. The project may be small, but the principles on display here are no less significant for that.”

This project was started under the former colaboration of Food Forestry Netherlands. Since November 2015 This project has been taken over by Æ – Food Forestry Development, founded by Xavier San Giorgi. They look for natural answers to questions do with landscape and human inhabitation, stressing that we have a lot to learn from nearly four billion years of evolution and natural selection. They see agroforests such as the one being planted at the NIOO as nature’s own solution to many of the problems facing modern agriculture.

Surprising flavours
A food forest yields a surprising range of species and flavours, is a wonderful shelter for animals and shows ecological interactions at their fullest. Buckthorns produce nitrogen in their roots. This helps hazels grow and produce nuts. Birds in next boxes feed their young on caterpillars and aphids, preventing them from becoming pests. Chestnuts and butternut trees offer shade and a wealth of organic materials, providing the perfect climate for plant species such as the ostrich fern.

The NIOO is one of the largest research institutes of the Royal Netherlands Academy of Arts and Sciences (KNAW), with more than 200 employees and students. It is specialised in fundamental and strategic ecological research. As of early 2011, the NIOO is based in a sustainably-built research laboratory in Wageningen, the Netherlands.